Zhangjiajie is a city can date back to five thousand years ago. In the past, it was called Dayong. In 1982, central government built the first national forest park here and named it Zhangjiajie National Forest Park. As the development of tourism industry, later, Dayong changed the city title to Zhangjiajie, which is famous for the Wulingyuan Scenic Area. What’s more, Zhangjiajie was entitled as world heritage by UNESCO in 1992 and also managed to become international geological park in 2003.

However, Zhangjiajie was considered as some place isolated and even difficult to enter in ancient times. The earliest human activities here lied in 100,000 years ago. It was said that Shen Nong once lived here secretly, so did the Royal Highness Zhang Liang in Han Dynasty (206BC—220AD), and then was buried in Qingyan Mountain (today’s Zhangjiajie).

The name of Zhangjiajie came from its scenic spot, for local people found this rare forest in 1979. In 1982, under the ratification of the State Council, the National Planning Committee agreed to make Zhangjiajie the first national forest park in China.

In 1988, Dayong city, in which Zhangjiajie located, together with Sangzhi (the site of Tianzi Mountain) and Cili (the site of Suoxi Channel) combined into one city that subordinated to provincial government directly.

In 1994, under the ratification of the State Council, the name of Dayong was changed to Zhangjiajie. Nowadays, it has become an advanced scenic spot where covers an area of over five hundred square kilometers, involving in mountains, lakes, caves as well as customs.

Up to now, in excess of 20 spots have already been developed; more than 30 tourist routes have been formed. All the tourist routes lasted for over 500 kilometers.

Soured and translated by Becky 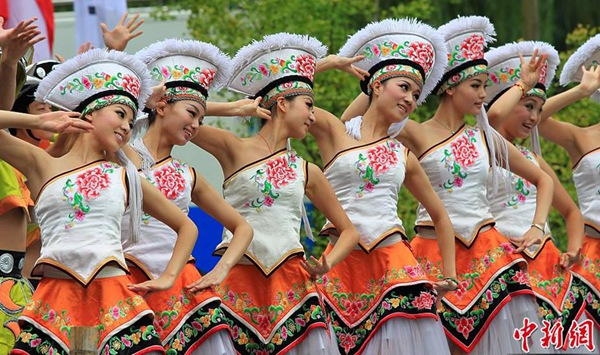