This is most famous snack in Changsha that almost nationally well-known. People say that the tofu smells weird but it tastes great!

Tofu with odor is also made in some other places but why those made in Changsha are especially delicious? Their only selecting the best materials is one of the secrets. The materials are: winter bamboo shoots, mushrooms, wine, tofu.

The special tofu is a little crispy on the outside and very soft inside. And it’s not expensive, about 5 RMB for one dish (That is 6 tofu cubes). Furthermore, it is easy to make this dish can be found everywhere in Changsha: every little street! People love it! Why not have a try? 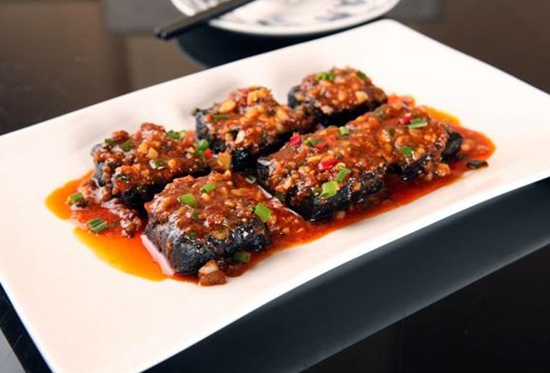