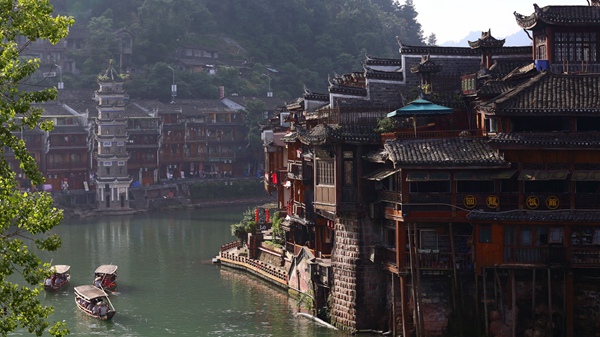 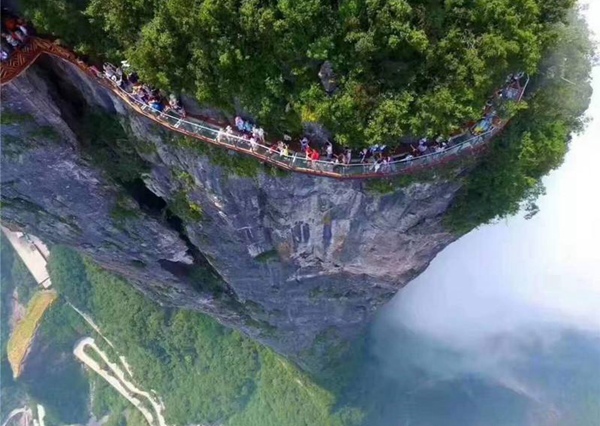 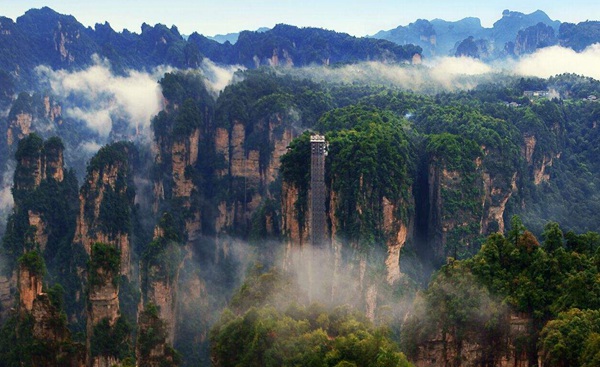 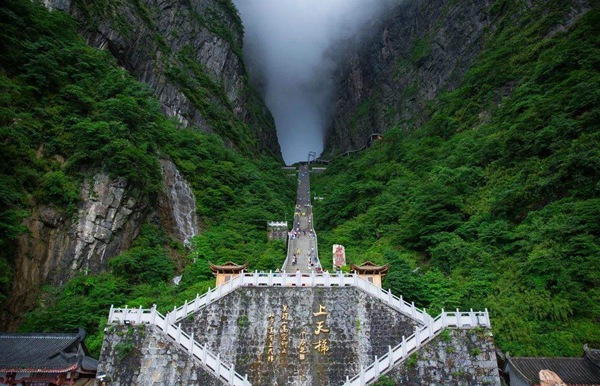 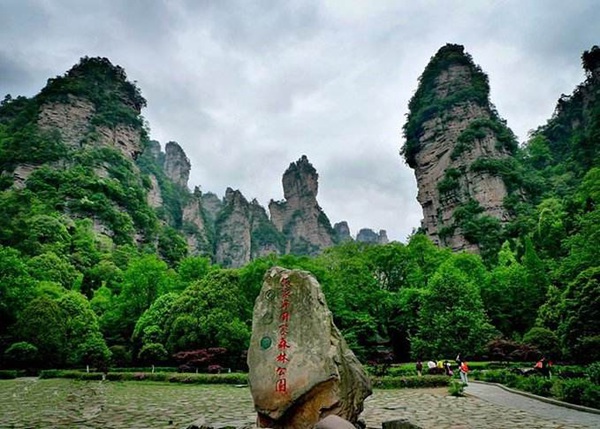 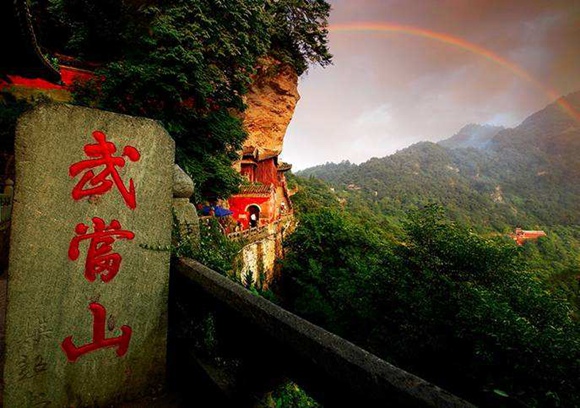 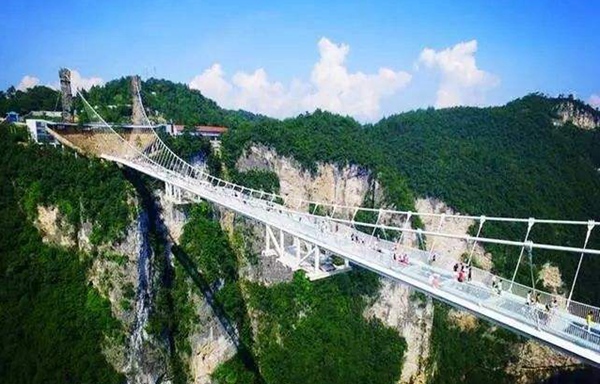 Welcome to Wuhan, the capital of China Hubei Province! Your guide and driver will meet you at airport or train station and pick you up at your hotel. The rest of day is free for you to explore this city.

After breakfast, your will begin your whole day Wuhan city visit.

You first stop is Guiyuan Temple(桂园寺). First built in the early Qing Dynasty, Guiyuan Temple is one of the four biggest temples for Buddhist meditation in Hubei as well as an important Buddhist temple in China.

Later, head to the Heptachord Terrace (Guqin Tai古琴台), located on the south bank of Moon Lake, near the western foot of Tortoise Hill. It is the beautiful site with great layout where you could appreciate the sincere friendship between Yu Boya and Zhong Ziqi in Spring and Autumn Period (770-476 B.C.).

Lastly, transfer to Hubei Provincial Museum（湖北省博物馆）. Founded in 1953, it has 6.5 hectares with 200,000 exquisite items include bronze, jade and lacquer work, porcelain and paintings. You can enjoy a performance of chime bells, stone chimes and other ancient instruments. The museum is a window to explore Chinese history.

At early morning, you will transfer to Yellow Crane Tower(黄鹤楼), one of the most renowned towers south of the Yangtze River. It enjoys the fame of “The First Scenery under Heaven”. And its cultural significance led to its being made the symbol of Wuhan City.Then take bus to Wudangshan with 6 hours. In the late afternoon, you will arrival in Wudangshan. After check in hotel, you will free to visit this place at leisure.

After breakfast, you will embark on a unique tour of Wudang Mountain, the famous Taoist Mountain.Firstly take tourist bus to Zhongguan and change cable car to the Wudang Mountain Summit. On the top, you will visit Taihe Temple, Zhuanyun Palace and Golden Palace, the landmark of Wudang Mountain. After that, take cable car down and head to the other side of mountain to visit Nanyan Temple, and Purple Clouds Palace operated by Taoist Association to learn some Taoism. Later come to Prince Slope to visit the place where prince studied.

Wudang Mountain: Also named as Taihe Mountain, It’s famous for the Taoist and Tai Chi, a kind of Martial Arts. It was the must destination for Taoist learners to become immortality since the end of Han Dynasty, and had a peak time in Ming Dynasty. In 1994, Wudang Mountain was declared to be the World Heritage Site. It has 72 peaks and the highest one is called Tianzhu Peak about 1,612 above sea level, marking the height of Wudang Mountain. And those ancient buildings in Wudang Mountain epitomize the architectural and artistic achievements of Chinese Dynasties of Yuan, Ming and Qing, especially the Nanyan Temple, Taihe Temple and Purple Clouds Palace, reflecting the highly religious thought.

Golden Palace: Situated in the summit, It’s the symbol of Wudang Mountain with the same level of Forbidden City in Beijing. As costing 100,000 kg of copper and 300 kg of gold in Ming Dynasty, Golden Palace showed the Wudang Taoist’highest position at that time.

After breakfast,and 6-7 hours dirve to Changsha city,and transfer for city tour and free time for shopping in Huangxing shopping street.Then transfer to hotel for check in.

After breakfast,take bus to visit Orange island and Aiwan Pavilion and Yuelu Mountain.

Hongqiao District: There are many stilted building nearby Hongqiao district, standing on the bridge can view an excellent scenery.

The Former Residence of Shen Congwen: The residence is a typical spacious ancient courtyard with special tectonic style of Ming and Qing Dynasties.

Xiongxiling Former Residence: The residence of the First Prime Minister of the Republic of China.

TIANMEN MOUNTAIN (Incl. Cable Car, Glass Boardwalk, Tian Men Cave, Per Way Elevator): Take the Tianmen Mountain Cable Car, the longest sightseeing cable car in the world. Tianmenshan has a deep historical and cultural heritage and is known as “The First Divine Mountain in Western Hunan”and “The Spirit of Wuling.”

YUAN JIA JIE: Is in the northern part of the National Forest Park and is called the mysterious Pandora World. Here, you can explore the world of fantasy in the “Avatar” where the mountains float and are dotted.

ZHANGJIAJIE NATIONAL FOREST PARK: It’s famous for its unique quartz sand peaks and landforms, contain “Male,odd,quiet, wild, and show” as a form. Zhangjiajie National Forest Park is famous for its peaks.It is quiet in the valleys.

JIANG HAN PEDESTRIAN STREET: Is a century-old commercial Street, bringing together a large

(Tour leader without ID will be charged the same as tourist)

1.Hotel fees: Above the hotel room(above 4-5star hotel with breatfast)

2.Entrance Fee to all the scenic spots specified above:

4.Private transfer: Tour bus(22 Seats) service for the scenic spot specified in the above itinerary

2.Tips for the guide and driver's excellent service,35USD/PP.

1.The cost of tips and Compulsory programs should be paid to the guide;

2.Tourists are not allowed halfway off mission;

3.This itinerary will be stop during chinese long-holiday;