Following are a few examples of items that can only be found in Zhangjiajie.

The tortoise figure stone is a specialty local product from Mt.Tianziof Zhangjiajie. It is a fossil from coral aggregation. The stripe of the stone is very similar to the texture of a turtle’s shell, hence the name. With just a little polishing and washing the fossil with water, its tortoise texture will present at once. The stone can be carved in to all kinds of figures. There are stone tortoises, cows, horses, dragons, leopards, pandas, dogs, incense burners and more.

Tu Minority Brocade is also called Xilankap. It is an absolutely necessary item in the daily lives of the Tu Minority. The brocades can be made into clothes and décor. Though they are often exchanged as gifts among the Tu Minority, the brocades also are made into varied craftworks and are very popular souvenirs among visitors to Zhangjiajie.

Laran is a traditional folk craftwork in Chinese Tu Minority. The batik is one of the three printing crafts in old China. Girls learn batik from when they are children. The skills passed down from generation to generation. In most Zhangjiajie villages, every family has its own wax knives and dye vats. They make the cloth by hand and illustrate it with all kinds of pictures. Featuring patterns from natural elements such as flowers, birds, fish, insects and people’s daily works and activities, the batik is a beautiful fabric that can be made into clothes and bags.

Zhangjiajie can be regarded as a Chinese hometown of tea. Duzhong Tea is made from a kind of Chinese herbal medicine. Drinking Duzhong Tea can help one lose weight. control hypertension, and lower one’s blood pressure. Zhangjiajie Duzhong Tea has the sweet scent of grapefruit. 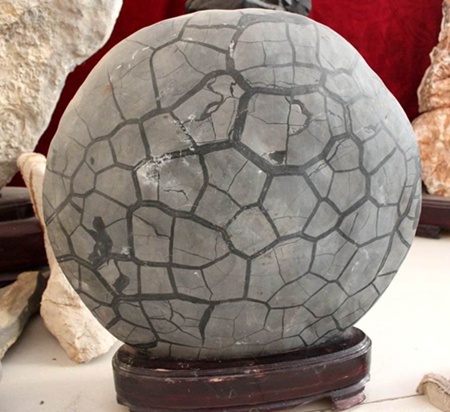