Recently, a tiankeng lake was found at Yongding district in Zhangjiajie, Hunan province.

Surrounded by bushy woods and cliffs, the lake is a manifestation of the karst landforms. Due to the steep terrain, few people have visited the place, which has allowed the lake to retain its original beauty.

Aerial photography revealed the lake was shaped like a heart, leading locals to name it Tiankeng Heart Lake.

The tiankeng has an estimated depth of about 200 meters, while the lake, with a consistent temperature year-round, covers over 200 square meters. 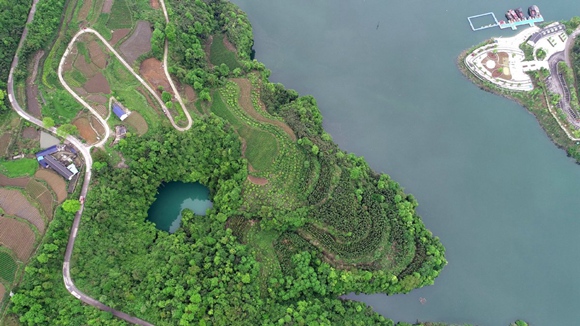 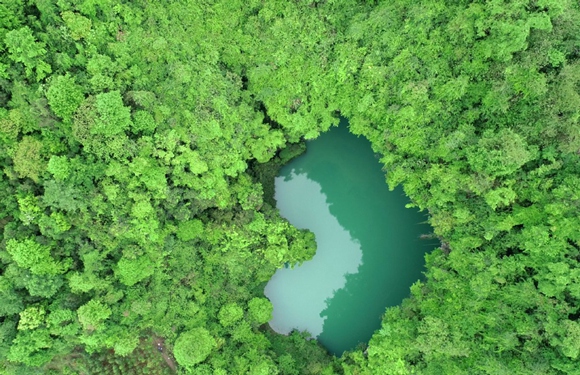