A promotion conference for Zhangjiajie, a city in Central China's Hunan province, was held at the World Tourism Exchange China (Haikou) 2019, on October 23.

The conference attracted around 130 participants including heads of the American Society of Travel Advisors, the European Travel Commission, the Asia Pacific Tourism Association as well as travel agencies from the United States, Germany, France and other countries or regions.

Ouyang Bin, deputy mayor of Zhangjiajie, attended the meeting and delivered a speech.

Hosted by the Haikou city government and organized by the American Society of Travel Advisors and BEYOND SUMMITS LTD, the World Tourism Exchange China (Haikou) 2019 was held in Haikou, Hainan province, from Oct 21 to Oct 25.

The World Tourism Exchange China (Haikou) was mainly focused on China's tourism market, helping to connect international buyers (mainly from the US, Europe and Australia) with Chinese sellers.

The purpose was to create a platform of “summit forum + product transaction + event marketing” to boost an all-round innovative tourism industry and the incubation trading of tourism products.

The event was expected to gradually become one of the most influential and effective inbound tourism conferences.

In recent years, the inbound tourism of Zhangjiajie has developed rapidly. The number of overseas countries has increased dramatically, international exchanges have become more frequent, and the level of international tourism has been continuously improved.

In 2018, Zhangjiajie reached foreign tourists from 117 countries and regions, covering 75% of the 156 member countries of the World Tourism Organization.

At present, there are 50 destinations linked to Zhangjiajie Hehua International Airport, including 12 overseas cities. The city has made it a priority to attract tourists from Southeast Asia, Northeast Asia, China's Hong Kong, Macao and Taiwan, as well as Europe and the US.

By participating in the World Tourism Exchange China (Haikou) 2019, Zhangjiajie plans to attract the conference's international buyers from the European and American markets to have in-depth discussions and conduct field trips.

In the long run, it will promote exchanges and interactions between the industry and further boost inbound tourism in the city, especially in the European and American markets.

Deputy mayor Ouyang gave a detailed introduction at the event. Hou Ying, Chairman of ASTA, and Paul Cohen, a senior professional traveler from North America, shared their experiences in Zhangjiajie. A promotional film of Zhangjiajie was also unveiled at the conference.

Ouyang also met with Hou, Cohen, as well as Sven Meyer, founder of Million Voices of Germany, discussing developing the European and American markets through precise and pragmatic marketing. 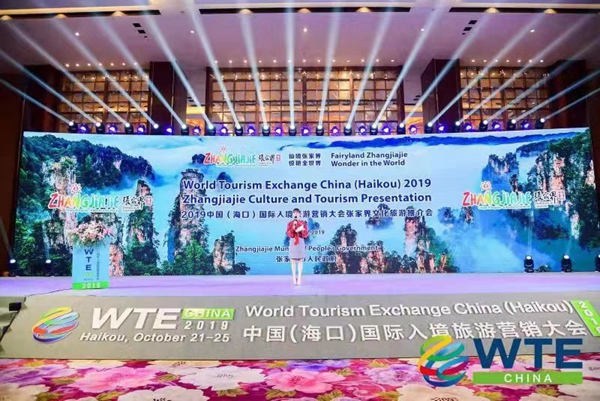 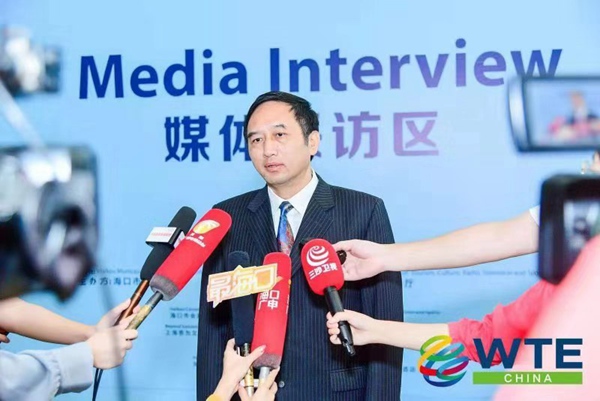