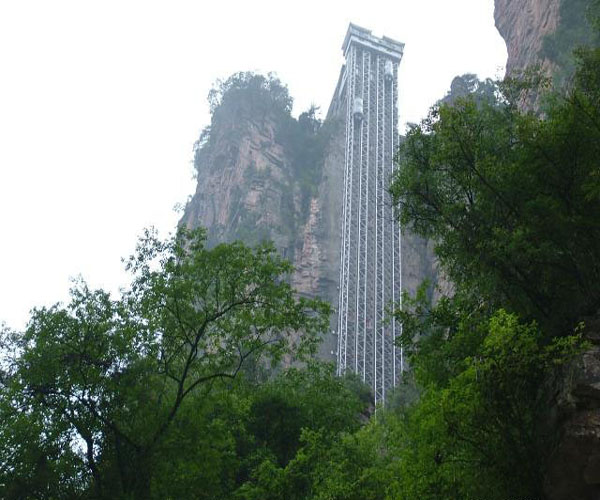 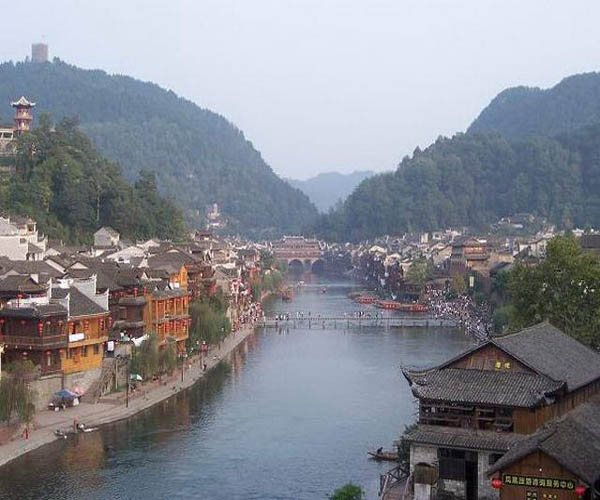 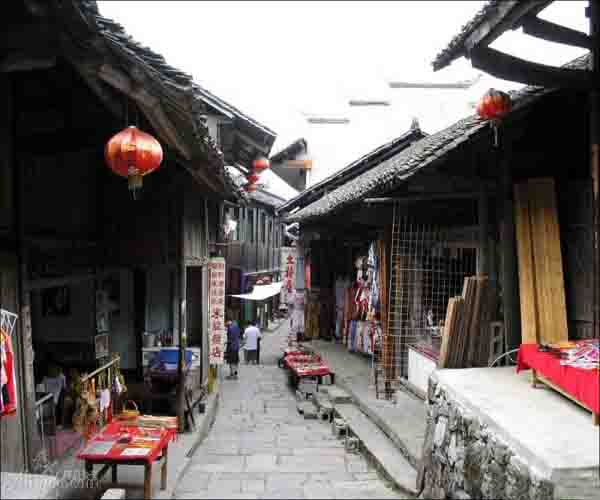 Upon arrival at Zhangjiajie, you will be met and transferred to your hotel with private vehicleand guide.

Zhangjiajie National Forest Park : It was established by the state council in 1982 as the 1st national forest park of China. Covering 13 sq km, the park is known for it's unique landscape with lush forests dominated by quartzite sandstone pillars. Bubbling brooks and charming lakes wind around the area and connect giant caves. One of China's most beautiful nature reserves, Zhangjiajie has wonderful hiking trails in a serene environment of staggering natural beauty.

Adventure tour start at shuiraosimen (four streams converge here), Bailong elevator-world engineering wonder locates here, which outstands as the world tallest one with the height of 326 meters, it take 1.58 seconds to transport tourists from the bottom to the Yuanjiajie top exhibiting unbelievable and fantastic views.Tianzi Mountain means Kings mountain in English, because its Tujia minority chief-Xiang Dakuns uprising in Ming dynasty 500 years ago recorded in the history. Xiang Dakun is honored as a king.In Tianzi Mountain the huge forests of pillars stand foursquare against the distant blue hills, announcing themselves to be the very treasures that Unesco declares them to be.Tianzi Mountain present itself in distinctive shape, geological speaking, and the rock formation is older than that in Yuanjiajie, you will have fantastic experience of stunning views, against the backdrop of sunset the Tianzishan cable transport you down the mountain and return to your decent hotel.

4-Hour drive to Fenghuang ancient city (admission￥148), Fenghuang City (Chinese for Phoenix) : It is a small and old city, 140km south to Zhangjiajie City and 52km south to Jishou City in Hunan Province,China. It covers an area of 1,700 km with a population of 370,000, there are the minority ethnic group, such as Miaos, tujias, it was called the most beautiful ancient city inChinaby the famous writer Louis in New  Zealand. Fenghuang has lots of relics and the sightseeing , the ancient city`s mountains and Tuo river, residents and establishment, temples and pavilions and so on.

2-Hour drive to Hibiscus Town(admission￥80), The town used to be named Wang Cun (village)until a famous movie entitled Furong Town was filmed there. Most of the people there are of the Tujia Minority group. Furong’s main attractions are the older, architectural structures and the wooden buildings that provided most of the film’s sets. There is also a large stone archway, over 100 years old, built to commemorate the virtue of a young woman. Finally,2-hour drive to Zhangjiajie City.You can enjoy the urban free shopping. See off.