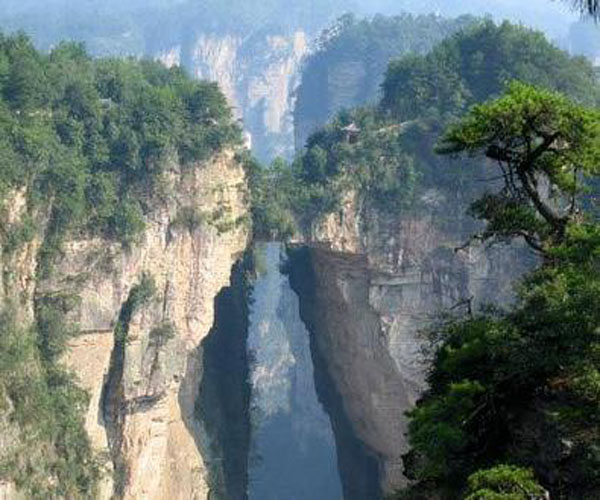 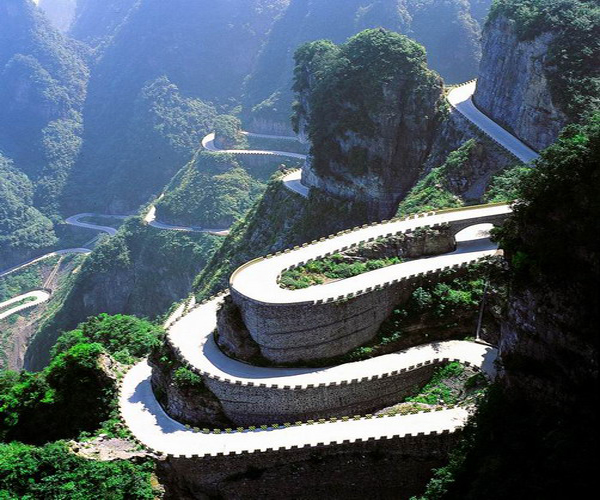 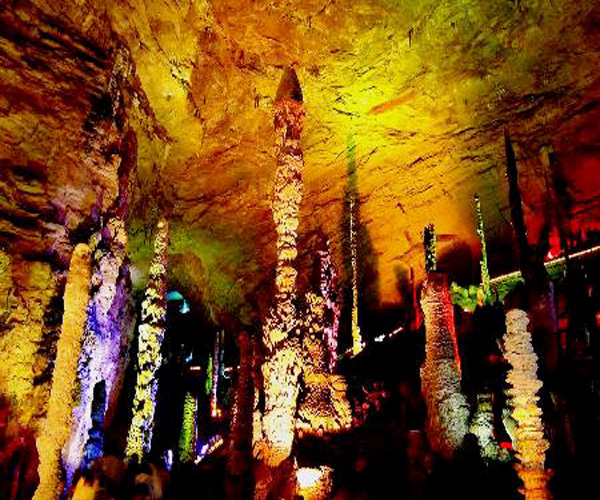 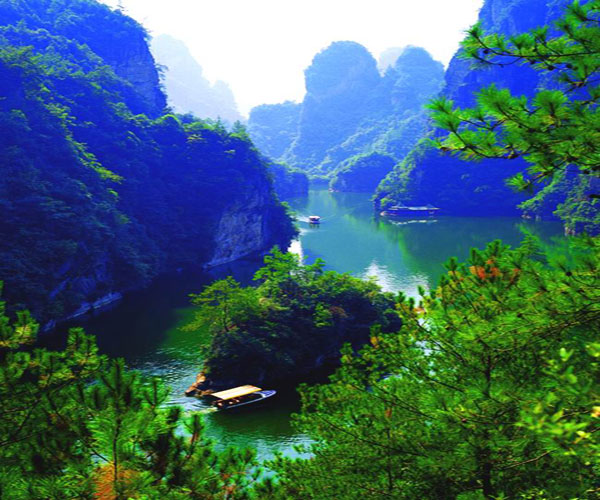 Day1，Arrive in Zhangjiajie，a warm welcome from your guide and driver and transfer to your hotel.

Day2，Attractions in Zhangjiajie national forest park,take Bailong elevator to Yuanjiajie-world natural heritage site, as a Hollywood photographer spent time shooting there in 2008. ‘Avatar’ Makes Its Mark on China’s .Zhangjiajie, Floating Hallelujah Mountains featured in Hollywood blockbuster Avatar” ,the prototypes in Zhangjiajie，grand and tactile forest landscape,it seems vertiginously suspended with sky above and chasms below. in the afternoon hiking in Golden whip brook (7.5 km long 3 hours walk), Golden Whip Brook which is reputed as the most beautiful canyon in the world and Golden Whip Stream is famous for its pristine water, its verdant mountains, its steep cliffs and its serene valley. As a veritable paradise for plants, its pathways are adorned by an abundance of flowers, trees, and grasses. Then too, this place is a kingdom fit for various fauna-birds, fishes and land animals. Such comparable scenic poetry is only to be found in fairy tales. (We recommend night show-magic Xiangxi folk show)

Day3，Attractions in Zhangjiajie Tianzi Mount, Tianzi Mount means King’s mountain in English, because its Tujia minority chief-Xiang Dakun’s uprising in Ming dynasty 500 years ago recorded in the history. Xiang Dakun is honored as a king. In Tianzi Mount the huge forests of pillars stand foursquare against the distant blue hills, announcing themselves to be the very treasures that Unesco declares them to be.Tianzi Mount present itself in distinctive shape, geological speaking, and the rock formation is older than that in Yuanjiajie, you will have fantastic experience of stunning views.

in the afternoon hiking down along lying dragon ridge and shilihualang (10-mile pictureque gallery for 3 hours) Tianzi Mount cable one way ￥72.

Day4，In the morning attractions in Yellow Dragon Cave ￥100,The Yellow Dragon Cave has four layers and covers an area of about 20 square kilometers. With a vertical height up to 100 meters, the cave is composed of one storage, two streams, three waterfalls, four pools, 13 platforms and 46 corridors, as well as countless stalagmites.

In the afternoon attrations Baofeng lake ￥96, Baofeng Lake is a veritable place of graceful mountains and charming waterway and for all the kind ,good gracious and wise people. Baofeng Lake is such a paradise that you would like to visit again and again, whether you have been here or not. Located in the high gorges, a body of crystalline and calm water is surrounded by the emerald mountains. The lake is situated part way up the mountain range, 85 meters above the ground, and attains an altitude of 585 meters. Because of its association with the Baofeng Mountain Range, the lake bears the name of Baofeng. With an average depth of 72 meters, Baofeng Lake covers an area of 15 hectares, and can hold 6 million cubic meters of water at full capacity.permanent waterfall at the entrance is a wonder, movie Avatar waterfall.

Day5，Attractions in Tianmenshan ￥261,Tianmenshan Mountain is uniquely skyscraping and domineering. Tianmen cave the natural mountain-penetrating karst cave with the highest elevation in the world, hangs on the towering cliff. The cave become the unique sight under heaven and breeds the profound and grand heaven culture of Fairy Mountain in the local area. Tianmenshan Mountain is the second national forest park in Zhangjiajie. On the mountaintop are intact sub-primitive forests with overflowing wild atmosphere in all the seasons. In addition, the densely populated karst hillocks and karrens plus the mating of strange rocks and graceful trees .create a grand garden of bonsai as if blessed by the God. Tianmenshan Mountain Temple, with an area of over 10000 square meters, has been honored as a pilgrimage site ever since the Ming Dynasty. It is the .Buddhist center of Western  Hunan. The six unresolved mysteries in the past hundreds of years such as Opening of Tianmen cave, shadow of Guigu(famous ancient Toaist), and Auspicious Unicorn have added the mysterious and elusive atmosphere for Tianmenshan Mountain. Some grand events held in Tianmenshan Mountain, in 1999 international stunt plane flying through the .Tianmenshan cave openning draw worldwide attention, 1n 2010, Freddy Rock, a tightrope walker from Switzerland, and Saimaiti Aishan, the seventh-generation Dawazi (high-wire) stuntman from Chinas Xinjiang Uyghur Autonomous Region competed in speed, distance and difficulty of high wire walking. The two .staged a spectacular performance on the last portion of the steel wire which runs at a 42-degree gradient and is more than 500 meters away from the bottom of the valley at the highest point.A lot of hiking in the mountain,Transfer to Zhangjiajie airport.